PACTOR III has a maximum bandwidth of 2400 HzHertz (Hz), unit of frequency, defined as one cycle per second (1 Hz).. This is a proprietary standard developed by SCS GmbH & Co. KG, Hanau, Germany.

During a standard transmission connection between two operators, PACTOR III Modems will transmit a PACTOR I SELCALL to determine the optimal mode and speed to establish between the two operators. 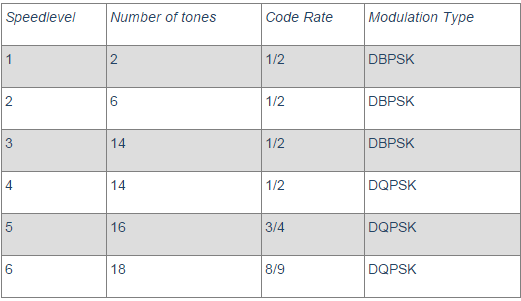 PACTOR is used by many groups, including Sailmail for mariners to send and receive emails. It is also used by Ham Radio operators, Governmental and Diplomatic agencies, and even NGO's.

Parts of the former Globe Wireless HFHigh Frequency (3-30 MHz) network is now used by Swisscom, including its own Bern Radio in Switzerland. [1] [2] Swisscom solely uses PACTOR III with huffman compression for data transfer. [3]

Since PACTOR hardware modems are relatively expensive, the WINMOR and ARDOP software modes were developed after PACTOR to give amateur radio operators a means to send email over radio for free. VARA, which is a shareware mode, may have been developed as a lower-cost competitor to PACTOR III with similar transmission speeds, though PACTOR's reliability is said to be better than VARA.

Winlink (formerly RMS Express) is an amateur radio global radio messaging service which can relay messages sent by radio to conventional e-mail servers. Winlink's radio messaging software client is called Winlink Express. Winlink Express is compatible with several PACTOR hardware modems, as well as WINMOR, ARDOP, and VARA. Winlink Express is available for Windows users only (or other x86 operating systems if run with Wine). Linux, Mac, and Raspberry Pi users may use Pat, which is compatible with PACTOR, WINMOR, and ARDOP.